Nick's post on Amantadine resistance in swine flu was so interesting, I had to look at the protein structures myself.

As Nick mentions, the M2 protein from influenza makes a channel for hydrogen ions within the viral membrane. The channel controls the pH inside the virus by opening and closing.

When the channel is open (top row), hydrogen ions pass through the channel and drop the pH. This makes the interior more acidic and activates some of the viral proteins, a necessary step in viral reproduction.

When the channel is closed (middle row), the passage of ions is blocked and the pH remains stable. 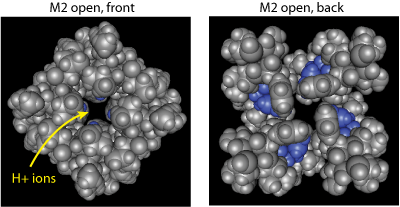 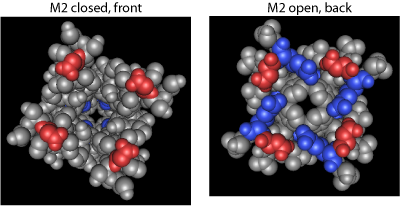 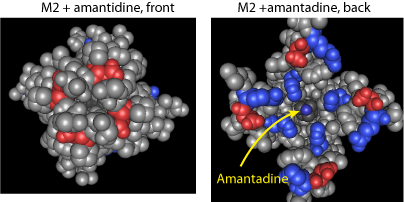